Amp joined me in one of my regular coffee shops, and laughed as she told me that the staff thought I always looked “so serious”. I’ve caught sight of myself in windows while I work, and they’re right – my neutral expression when I’m working is intense, furrowed, and definitely unfriendly.

That was a few years ago, and I’ve been working on being more approachable since. On Saturday, I had several random strangers approach me and start up conversations, and I thought, “Win!” Today I realized I may be too approachable.

Sitting at a small outdoor mall watching people walk past, I was surprised when I Chinese woman came very close and asked me where I was from. A group surrounded her, from little round-faced children to older retirees, and they seemed so damned excited about my answer. The leader showed me a question on her phone, asking me to help them with a game. I said “sure, I guess” – and the group actually clapped.

They told me to repeat a short phrase in Chinese, and with my year of living there, copying the sounds was easy. They clapped again! This is great! I have no idea what’s happening!

Then they motioned me to follow them, and I walked to the front of the shopping area, where I saw no fewer than five high-end cameras with oversize fuzzy microphones all pointed at me, recording, and the woman asked me to repeat the phrase I had just “learned”.

But… I can parrot almost anything with a decent ear for language, but my memory for language is essentially nill. I don’t think them recording me saying, “I don’t remember,” in English was quite what they were hoping for. But it’s what they got.

Gamely, they still gave me a keepsake… keychain? Window pull? Curtain tassel? A keepsake. We’ll just call it a keepsake. 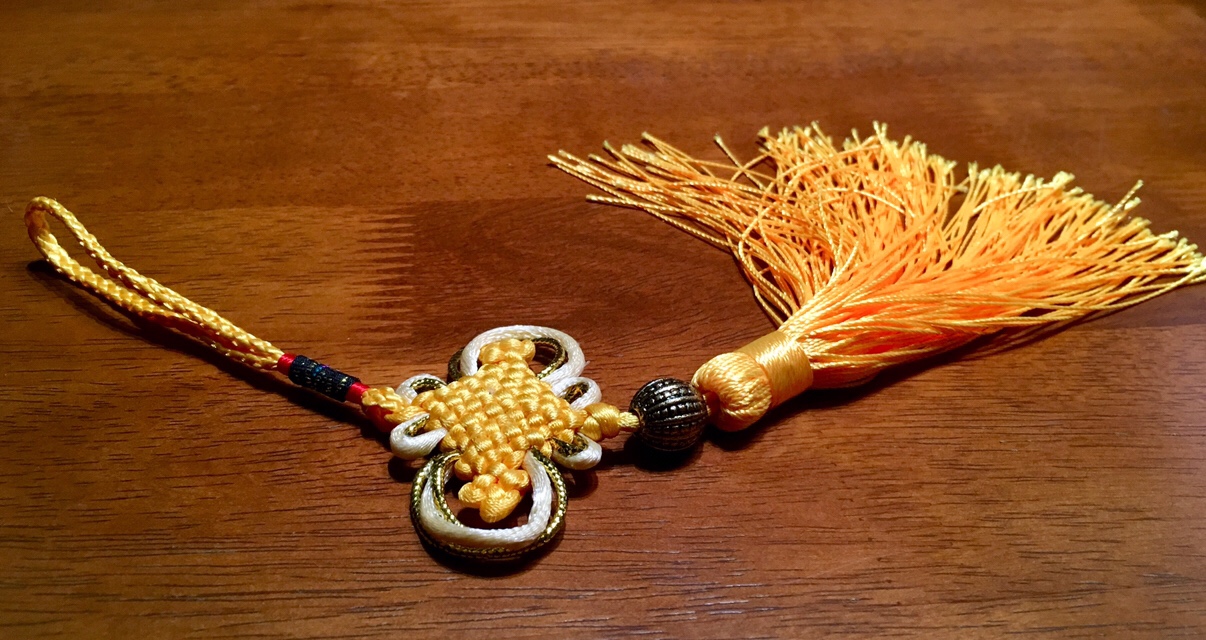